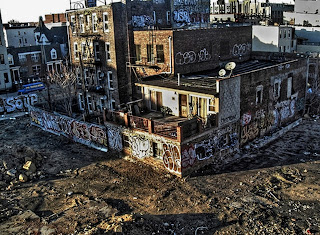 DETROIT—The city of Detroit filed for Chapter 9 bankruptcy yesterday, completely and utterly shocking millions of Americans who had been under the impression that Detroit had gone bankrupt a while ago. Victoria Sullivan of Toledo, Ohio expressed her amazement that a city with 78,000 abandoned buildings and $18 billion in long-term liabilities had actually been in a position to meet its obligations to creditors up until yesterday. "I couldn't believe it," said Oliver Burke of Tampa, Florida. "I mean, you saw 8 Mile, right? That came out over ten years ago. How can they just now be running out of money?"
Posted by James J. Hamilton at 11:08 AM