At State Of The Union Address, Justice Kennedy Weighs Whether To Let Trump Replace Him Or Cling To Power Till Death 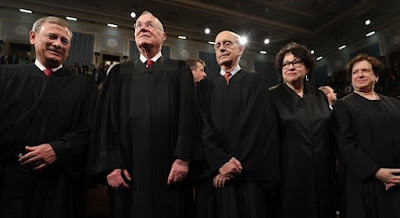 WASHINGTON—When 80 year old Supreme Court Justice Anthony Kennedy attended Donald Trump’s first State of the Union Address last week, the up-close-and-personal look at the new president reportedly prompted the 1987 Reagan appointee to face the difficult decision whether to retire and let Trump replace him or cling to office until the cold hand of death pries the scepter of power from his fingers.

As the Supreme Court's swing vote, Kennedy has bent the Constitution to his will with impunity for two decades, repeatedly breaking with his fellow Republican-appointed colleagues to author landmark opinions in favor of abortion and gay rights.

With former clerks suggesting the Court's longest-serving member is on the fence about a possible resignation at the end of this year's term, Kennedy will soon decide whether protecting his legacy for a few more years is worth forgoing a relaxing retirement to instead die at his desk.

To make his choice, Kennedy must weigh the extent to which a Trump-appointed replacement might erode his maverick jurisprudence against the abject terror of continuing to hold his seat in stubborn defiance of advanced age and medical reality.

Conspicuous by her absence at Trump's speech was Kennedy's oldest and most liberal colleague, 83 year old Justice Ruth Bader Ginsburg. A cancer survivor who fell asleep at President Obama's 2015 State of the Union and later admitted she "wasn't 100% sober" at the time, Ginsburg recently signaled that she has no intention of retiring and will serve as a potent example for Kennedy as he considers the physical and mental cost of remaining on the Court as the Grim Reaper creeps ever closer.
Posted by James J. Hamilton at 1:10 PM 1 comment: 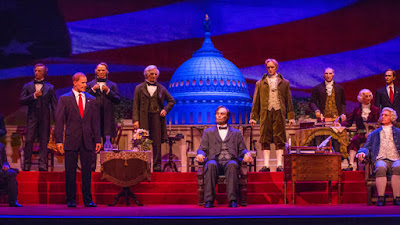 If the Hillary robot fetches a good price, Disney may dust off its superfluous John McCain and Mitt Romney animatronics and put them on the sex robot auction block next. "There's definitely someone out there," Iger said, "who would pay to be tag-teamed by McCain and Romney."
Posted by James J. Hamilton at 9:59 AM No comments: