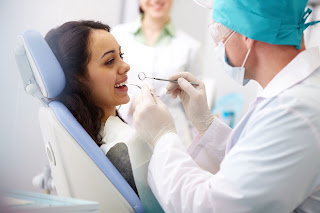 Nine out of ten dentists agree on most things. But the tenth dentist—Dr. James Silvera, DDS—stubbornly refuses to get with the program. He remains the lone outlier on issues ranging from braces and whitening to Novocaine and denture adhesives. Dr. Silvera describes himself as a contrarian and free thinker, but the other nine dentists agree that he is “an idiot,” “an embarrassment to the profession,” and “an asshole who just wants attention.”

“He’s giving dentistry a bad name,” said third dentist Dr. Mary Robertson, DDS. “It looks terrible when we can’t come to a consensus on stuff like what toothpastes are effective and how often people should floss.” Dr. Robertson’s eight like-minded colleagues nodded approvingly.

“What would you think about physics,” added sixth dentist Dr. Allen Greenberg, DDS, “if you heard only nine out of ten physicists believed in gravity?”

Dr. Silvera, who uses a Linux operating system on his computer and has voted for Ross Perot as a write-in candidate in the last five presidential elections, said he doesn’t believe in conformity and asked whether you would jump off a bridge just because nine out of ten dentists told you to.

Speaking on the condition of anonymity, a longtime patient of Dr. Silvera confirmed that he is a good dentist, but described the selection of magazines in his waiting room as “bizarre,” his office decor as “neo-surrealist,” and the outfit worn by his receptionist as “obscene.”

Dr. Silvera did not respond to a request to confirm or deny allegations that he took a year off from dental school to attend Clown College.
Posted by James J. Hamilton at 12:06 PM