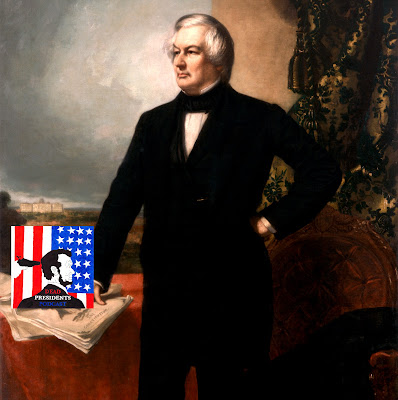 Millard Fillmore was a compromise vice presidential nominee who backed into the White House upon Zachary Taylor's sudden death. The nation was in the middle of a sectional crisis and a bitterly-divided Congress was about to send Fillmore some legislation cobbled together in a desperate bid to avert civil war.  His signing of the controversial Fugitive Slave Act may have helped resolve the crisis, but it would become a dark cloud that plagued his presidency. Tasked with holding together not just a fracturing Union but his own fracturing Whig Party, Fillmore did his best to reconcile the increasingly irreconcilable elements of antebellum America.  Also: Our Top 5 Embarrassing Political Blunders counts down some of the biggest bonehead moves and unforced errors by which presidents have shot themselves in the foot.