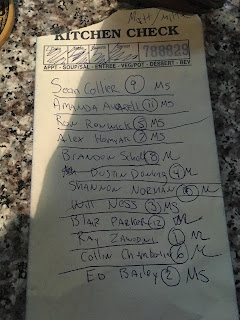 Matt Light and Ray Zawodni have teamed up to lead their side to victory in each of the last three Super Fool games. Light said he plans to make it four in a row and also claim the MVP for himself for the third time.

Even though there were other previous MVPs on the draft board, Light selected Zawodni first overall because he is "a franchise quarterback." Zawodni's quarterback skills will be put to the test with his team having only a couple proven receiving talents for him to throw to. Light said he also picked Zawodni because they both have DUIs and could split an Uber home from the game.

Despite his top-heavy roster, Light was satisfied with his draft picks. "I'm just glad Sean Collier's not on my team," Light said. "He's terrible."

Shannon Norman is slated to return to the gridiron for the first time since Super Fool II. No word on whether he plans to wear capri pants again this time.

Collin Chamberlin said he plans to contribute to his team on Sunday by bringing a case of bottled water, which is good because he was held without a catch last year by Amanda Averell, who said she plans to cover Chamberlin again this year.

Blair Parker will make her first Super Fool appearance and will likely have a chip on her shoulder after being picked last overall, behind a lot of dudes who probably can't walk up the stairs at Beerhive without getting winded.

The key to victory for The Kliq could be the fact that Matt Light cares about this way more than everyone else combined and will stop at nothing to win. "This is a chance for everyone to see I'm better than them at something besides comedy," he said. "Or however you want to rewrite that to make it sound smart."

Mike Sasson named his team The Mike Sasson Show in an effort to use the Super Fool to get some name recognition for his internet radio show. "Nobody ever heard of roses before the Rose Bowl," Sasson said. Sasson is obviously trying to cash in on the publicity of having the name of his show appear in this article, which will be read by literally dozens of people.

Despite being an actual football coach and former NCAA Division I player, Sasson has little hope of applying his football acumen to this game, saying his past attempts to get unfocused and unathletic comedians to follow a coherent strategy have been like herding cats. "I've coached seventh graders and they were miles ahead of this group."

Sasson's team will be anchored by his first two picks, former MVPs Will Ness and Ed Bailey. Ness said he believed his chances of repeating as MVP were "Not good" because he hasn't been working out. When asked whether he thought he needed to work out to be MVP of this group, he conceded that was a "Fair point."

The big question mark for this team is who will play quarterback. Sasson suggested that he may pursue a quarterback by committee approach. Ron Renwick could be looking to continue is all-time perfect quarterback rating (having thrown a TD on his only pass attempt), but may not have the confidence to do so. Hopefully he picked up some tips while holding the first down markers at Duquesne games.

First-time participant Alex Homyak is an unknown talent who could turn out to be this year's sleeper. Sasson said Homyak's effectiveness could turn on his activities the night before the game. "If Alex stays sober," Sasson said, "that would probably hurt his play."

Analysts say these two teams look equally matched and Vegas oddsmakers have the game at even money. There are also several players who have strong chances at winning MVP. Super Fool "glory" is up for grabs for whoever steps up big on Sunday.

Additionally, competition for the Brad Ryan Spirit Award is wide open this year. Won the last two years by Brad Ryan himself, the BRSA is anyone's to win following Ryan's forced retirement after his career-ending shoulder injury last year. Whoever follows in Ryan's footsteps and ends up in the hospital on Sunday is the favorite for this award.

Unfortunately, the major story of this game could be the historically low level of participation. Only 14 comics signed up for the draft and, given that a handful of players drafted usually don't show up to the game, there may be barely enough people to even play. What accounts for comics' lack of interest this year? Are they getting sick of this game? Are they afraid to get roasted by an award-winning* sports writer? Or is it that more and more people just hate Matt Light? Probably the last one. In any event, don't miss what could be the final Super Fool.