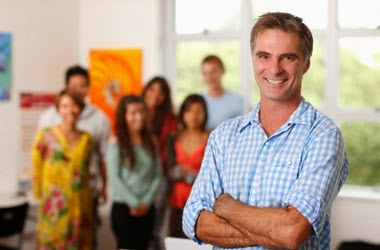 Local 10th grade history teacher Glenn Masterson (or "Mr. M," as he is affectionately known by his students) refused to say "Franklin Pierce was the greatest president" no matter how many times I tased him yesterday during his fifth period American History class.

A hardworking, genial man who inspires pupils with his passion for history, Mr. M has been voted his school's Best Teacher by the student body for the past three years.

Enraged by the universal love and respect Mr. M receives, I recently attended one of his classes, posing as a new student, and attempted to make him debase himself in front of the kids who adore him by coercing him into saying Franklin Pierce was the greatest president.

Franklin Pierce, 14th President of the United States (1853-57), was a northern Democrat whose polarizing support for the Kansas-Nebraska Act and the Fugitive Slave Act deepened North-South conflict and set the stage for Southern secession. An abject failure at worst, well-meaning and mediocre at best, Pierce is consistently ranked among the bottom third of presidents in surveys of historians.

That's why I wanted to get Mr. M to say Pierce was the greatest president. It's obviously not true, so if he said it, his students would think he's a moron and he'd finally be toppled from the goddamn pedestal everyone has him on.

Yesterday afternoon, in the middle of Mr. M's thoughtful lecture on the root causes of the Civil War, I raised my hand and proposed that Pierce was the greatest president in American history, a champion of freedom, criminally underrated by historians who just don't understand him. While Mr. M conceded that an argument could be made that Pierce was slightly underrated, and that one could plausibly maintain that Pierce was perhaps a middling president, he opined that Pierce was by no measure great and that the greatest president was probably Abraham Lincoln. I declared that Lincoln was a monstrous, Constitution-hating dictator, and Mr. M started saying weirdly hostile things like "There's no way you're in 10th grade, you're like thirty years old." 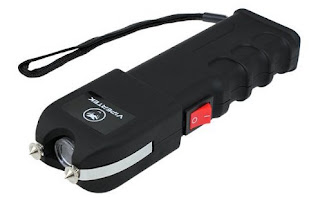 At that point, I removed a Vipertek VTS-989 Heavy Duty Stun Gun from my backpack, rushed to the front of the classroom, and tased Mr. M in the neck. He instantly dropped to the floor and I stood over him amid the screams of two dozen horrified 10th graders and demanded that he name the greatest president. When Mr. M said "Abraham Lincoln," I tased him again and told him to say Franklin Pierce was the greatest president. Fighting to remain conscious, Mr. M sat up, looked at me, and defiantly said "Pierce was a failure." I tased him a third time and, struggling to be heard over the students' unremitting shrieks, again ordered him to say Franklin Pierce was the greatest president.

In my all-encompassing fury, I failed to notice that a student had run to the main office to get help, and I was suddenly tackled from behind by two security guards who brutally disarmed me and beat me unconscious.

The last thing I saw before I blacked out was Mr. M staring me right in the eye and mouthing the words "Abraham Lincoln."
Posted by James J. Hamilton at 1:21 PM