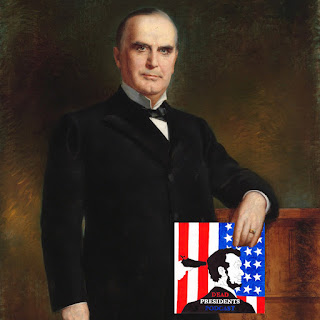 William McKinley was a middle-class Ohio boy who received an education-by-fire in the Civil War, where his commanding officer and mentor was future President Rutherford B. Hayes. After the war, he followed in Hayes's footsteps as a lawyer and politician, overcoming family tragedy while working his way up into the Republican congressional leadership and becoming Ohio's governor. In 1896, he had no serious rival for his party's presidential nomination, and defeated populist Democrat William Jennings Bryan in a hard-fought general election that pitted silver versus gold.  As president, his masterful grasp of economic policy boosted the nation's expanding industrial prowess—but when he was confronted with a war he could not avoid, McKinley became responsible for guiding the United States through its international debut as an imperial powerhouse. As the 20th century dawned, the world would never be the same.