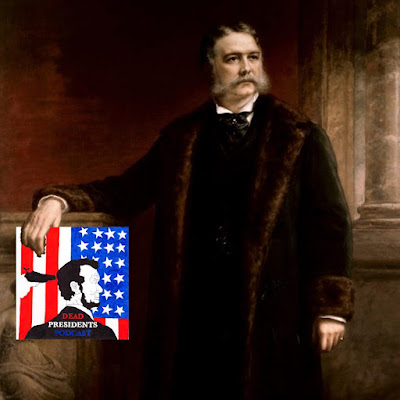 Chester A. Arthur, the son of a poor Baptist preacher, rose to become a well-connected New York attorney. He honed his masterful administrative skills as New York's Quartermaster General during the Civil War, then applied those skills to become an unparalleled party organizer. In an era of rampant political corruption, Arthur was the quintessential machine politician. He held the federal government's most lucrative patronage post until President Hayes fired him, yet his party connections landed him a cushy spot as James A. Garfield's vice presidential running mate in 1880. But when an assassin's bullet cuts Garfield down, can Arthur rise above his unscrupulous past and become a respectable president? Listen and learn about one of the great presidential redemption stories!

We're very proud of all of our wonderful Episode 21 sponsors: