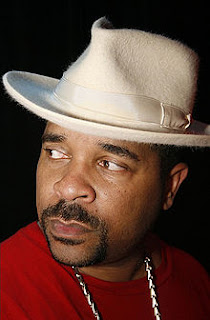 SEATTLE—Rapper and music producer Sir Mix-a-Lot was arrested on charges of perjury yesterday after a police investigation allegedly revealed that he doesn't really like big butts and has been lying about it this whole time. Famous for his 1992 Grammy-winning, double platinum hit "Baby Got Back," Mix-a-Lot has made a career out of his professed affinity for "thick and juicy" posteriors, but police are now saying it was all an act and that Mix-a-Lot doesn't even like big butts. A criminal complaint filed against Mix-a-Lot alleges that he was observed at a Seattle night club flirting with two women who had "flat butts" and was unresponsive to the advances of an undercover female officer who police described as having a "motor in the back of her Honda." The rapper was also allegedly caught on a security tape saying "I'm really more of a boob man."
Posted by James J. Hamilton at 1:07 PM