My Cousin Ricky Proved There Are Exactly 666 Typos In The 9/11 Commission Report... Then He Vanished Under Mysterious Circumstances 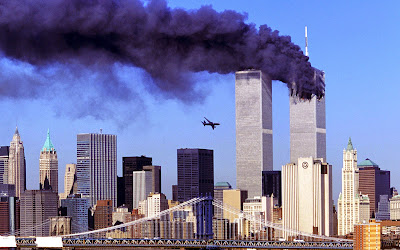 Wake up sheeple! We are not free! We are living under a totalitarian one-world government controlled by the Illuminati! 9/11 was an inside job!

My cousin Ricky proved it when he discovered that there are exactly 666 typos in the 9/11 Commission Report.

666 is a sacred number for the Illuminati and the typos were put there deliberately to signal the truth about 9/11—that the attacks were planned by Illuminati members over cocktails at the Skull & Bones headquarters at Yale the day after the Supreme Court decision in Bush v. Gore was handed down. Having secured firm control over the highest levels of the United States government, the Illuminati's bigwigs got together and set in motion a plot to ignite an endless war that would enable them to take control of the Middle East's oil supply and increase surveillance over every aspect of our lives.

After the attacks, the 9/11 Commission Report was issued as the official version of what happened and, even though its "findings" are absurdly impossible lies, most people bought it hook, line, and sinker.

Until now. Until my cousin Ricky uncovered the truth.

You may ask, "How can there possibly be 666 typos in the 9/11 Commission Report?" Good question. I asked Ricky the same thing when he first told me about it. The 9/11 Commission Report is an important government document that should've been proofread by a lot of people, right? There's no reason for there to be more than a couple typos in it—unless they were put there intentionally. 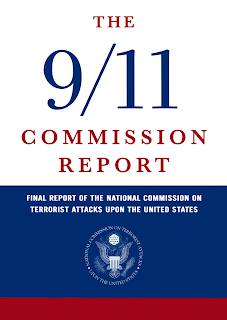 A close examination of the typos proves that not only were they intentional, but they contain encoded messages. To give just one example: The first three consecutive typos are "Nw York City" on page 6, "Wold Trade Center" on page 7, and "ordor" on page 11.  That's right. The first three misspelled words are New, World, and Order. Coincidence? I think not.

You may ask, "If Ricky had this First Edition since 2006, why haven't we heard about it until now?" That's easy. Ricky dropped out of school in fourth grade and didn't get his GED until late 2014. As soon as he learned to read, he went straight to work on the 9/11 Commission Report, toiling away on nights, weekends, and during his lunch break at Pep Boys to compile a definitive list of typos and decode their secret messages. Ricky dropped his bombshell on the world when he posted his findings on Facebook at 3:45 a.m. on March 25, 2015.

And guess what? He hasn't been seen since. That's right. As soon as he went public with his information, he vanished without a trace. Coincidence? I think not. 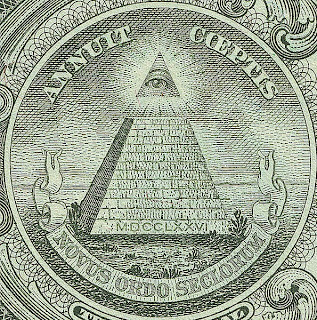 Sure, Ricky's wife Tammy will tell you Ricky drove to Tampa to pick up a brick of heroin and never came back, but are you seriously going to believe a word Tammy says?

First off, Tammy is a heroin addict who will do or say literally anything for heroin. At Ricky's bachelor party, she blew eight guys (including me) for one hit of heroin. With Ricky gone, where do you think Tammy is getting her heroin from? The answer is obvious: Every single day (except Sunday) at approximately 11:30 a.m., a federal agent comes to Tammy's house and puts heroin in her mailbox. Sheeple will tell you "That's just the mailman, you idiot," but sheeple are dumb enough to believe anything, up to and including the notion that human beings actually walked on the moon. C'mon, sheeple. Be better than that.

Clearly, Tammy has been bought off by the CIA (a subsidiary of the Illuminati) and is participating in a cover up. Don't believe me? Fine. Believe what you want, but last night I gave Tammy a hit of heroin and she admitted that she gets heroin from the federal government in the mail every day and that Ricky was abducted from their house by two CIA agents wearing Richard Nixon masks designed to hide their lizard faces. They broke in while Ricky and Tammy were shooting heroin (less than an hour after Ricky posted his findings on Facebook) and sucked up Ricky's body with a device disguised to look like a Dirt Devil Total Power Cyclonic Upright vacuum. The CIA Nixon lizards took Ricky's First Edition copy of the 9/11 Commission Report, gave Tammy a Burger King bag, then left in Ricky's truck. When Tammy opened the Burger King bag, she saw that it was full of heroin and contained a note written on a napkin that said "This never happened."
Also, why would Ricky not come back from Tampa? It makes no sense. He hates hot weather. He hates the Tampa Bay Bucs. Everybody he sells heroin to is right here in our hometown. He loved it here. Ricky doesn't even know anybody in Tampa apart from Carlos, his Colombian cartel contact, and he doesn't even like the guy. He's always talking about how he doesn't trust Carlos, how he's afraid of him, how he's going to bring a gun when he meets Carlos even though he was specifically instructed to come unarmed. So you think he's just going to stay in Tampa without telling anybody and bunk up with his new best bud Carlos? Dump his perfectly good truck in a swamp and rely on Carlos for rides? Stop answering his phone and become a goddamn Bucs fan? Yeah right. That would never happen. Obviously it's the CIA Nixon lizard abduction thing. They put his truck in that swamp and arranged for it to be found by the cops, which was easy to pull off because the entire state of Florida is controlled by Jeb Bush. Classic CIA Nixon lizard tactics.

The simple fact is that Ricky is being held prisoner until he recants his findings. I'm not exactly sure where he's being held but realistically there are only three places he could be: Area 51, Fort Knox, or inside the Great Pyramid in Egypt. They won't let him go until he agrees to delete his Facebook post, swears allegiance to the Lizard Overlord of the Illuminati, and demonstrates his loyalty by donating $100 to Jeb Bush's presidential campaign. If I know Ricky like I think I do, he'll never submit to their demands and they'll end up killing him. The only way to stop that from happening is to spread the word by donating to my GoFundMe page Free Ricky/9-11 Truth/Moon Truth. You can either do something about this, or just go back to drinking the lizard cool-aid. The choice is yours.

WAKE UP TO THE TRUTH!
Posted by James J. Hamilton at 1:12 PM