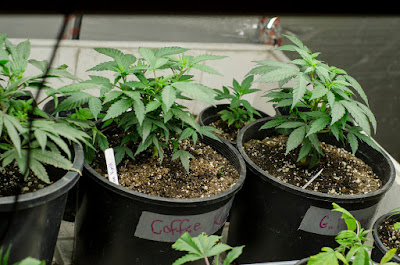 According to a new Gallup poll, a record 50% of Americans now say the use of marijuana should be made legal, up from 46% last year. In the same poll, 20% of respondents reported being high right now, also a new record. The percentage of Americans who say they are high right now has increased steadily over the past decade and has doubled since 2005, when only 10% admitted to being baked out of their minds. In this year's poll, 91% of those who reported being high right now also said they favored lowering taxes on Swiss Cake Rolls and Funyuns, a position supported by only 12% of Americans not currently high.

The new poll was conducted with a rigorous scientific methodology and has a margin of error within plus or minus 3 percentage points. One controversial Gallup poll from 2007 suggested that 95% of Americans were high at the time, but the poll was later found to have been based solely on interviews of people standing in line at a hemp necklace vendor at Coachella. The Gallup employee responsible for the poll was fired and subsequently took a position at High Times magazine, where he conducted a poll showing that 78% of High Times subscribers agreed that you can totally hear Satanic messages in Led Zeppelin's "Stairway to Heaven" if you play it backwards.
Posted by James J. Hamilton at 11:23 AM