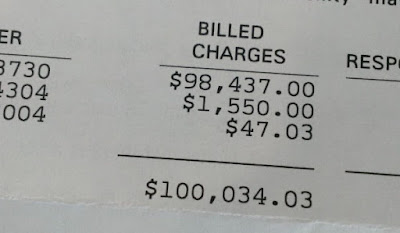 Dr. Stedman declined to comment on Douglas's failure to tip, though when we asked him about it, he looked like he was about to cry and excused himself from the room. Douglas was apparently too busy to comment on his shameful frugality, with his "wife" claiming he was "unavailable" and "recovering from surgery."

A nurse who assisted in the procedure, speaking on the condition of anonymity, took the penny-pinching Douglas to task for skipping out of the tip. "I'm not saying he's ungrateful, but if patients didn't tip, Dr. Stedman wouldn't be able to spend more than one week a year in the Turks and Caicos." 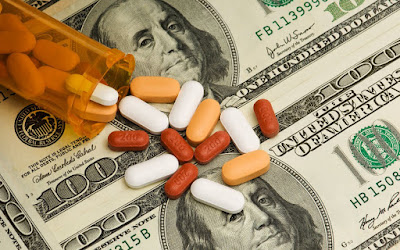 We spoke to Debra Lerman, MD, vice president of the American Medical Association, who said "Traditionally it's fifteen or twenty percent. When a treatment or procedure goes well, you let your doctor know you appreciate him."

Angie Donovon of the hospital's billing department explained the process: "When we send out the bill, it shows the amount covered by insurance and the amount owed by the patient. It also says GRATUITY NOT INCLUDED in all caps and there's a line where the patients can write in their tips. Some people use that, some just leave cash tips next to their beds when they're discharged."
Posted by James J. Hamilton at 10:38 AM