The Truth About Bigfoot 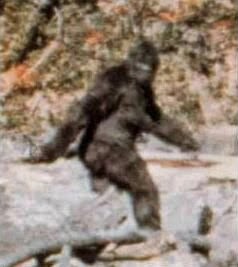 The Animal Planet show Finding Bigfoot is a conspiracy created by the Illuminati to make sure we DON’T find Bigfoot, and also to trick us into believing Bigfoots, Sasquatches, Yetis, and Abominable Snowmen are all the same thing, when in fact they are four different races that are AT WAR with each other.

Sasquatches are responsible for 9-11.

Abominable Snowmen sank the Titanic. Only 20% of the bodies of those who supposedly died were recovered, because the other 80% in fact did not die, but were kidnapped by Abominable Snowmen. Some were used in scientific experiments, but most were used to create a “Human Zoo” that still exists at the Abominable Snowman capital city in Antarctica.

In 1994, Yetis attacked Nancy Kerrigan and paid Tonya Harding one million Yeti dollars to take the fall for it.

Bigfoots created global warming in an attempt to hurt the Abominable Snowman economy. Al Gore crusades against global warming because he is a pawn of Abominable Snowmen. He does whatever they tell him because they have threatened to expose the fact that he is an extraterrestrial being who crash-landed in Roswell, New Mexico in 1947.

All of Miley Cyrus’s music is written by Yetis. Yetis also wrote her father’s hit song “Achy Breaky Heart.”
YET ANOTHER SET OF SHOCKING FACTS:

During the filming of the first season of the TV show Harry and the Hendersons, Kevin Peter Hall, the actor who played Harry, was murdered by a group of Sasquatches who felt his portrayal of the character was too realistic and suspected he had been contacted by a disgruntled Sasquatch who tipped him off on how they really act.

In 1595, William Shakespeare got the idea for Romeo & Juliet from a Bigfoot who dosed him with LSD and told him the tragic story of a Bigfoot and Sasquatch who fell in love. Shakespeare thought the experience was a dream.

Abominable Snowmen hijacked Malaysia Airlines Flight 370. The people were used as new exhibits in the Abominable Snowmen’s Human Zoo and were considered exciting additions because all the other humans in the zoo had been born there (descended from Titanic passengers) and had never lived in the real world.

Kim Kardashian’s sex tape was leaked by Yetis. Yetis are the secret executive producers of Keeping Up With The Kardashians.